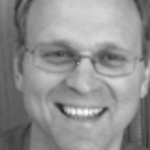 Craig Hertel has directed over 25 UIL one-act plays–including six State Champions–has served as chair of UIL’s OAP Advisory Committee, and has been on the Boards of both TTAO and Texas Thespians. He has been a Contest Manager and judge many times, including at the State Meet. He has directed many times at the college level (including ACTF), for summer camps and for community theatre. He has also been an Academic Coordinator, guiding his school to 15 State Academic Championships. 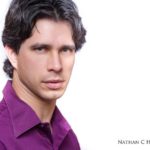 Nathan C. Hand has collaborated in professional, non-profit, and educational theatre for over 25 years. With dozens & decades of acting and directing credits, his favorite collaborations are directing/choreographing a run of AIDA co-starring Tony Award winner Jarrod Emick, directing/choreographing the South Texas premiere of Disney’s TARZAN, and productions/projects with Broadway’s Richard H. Blake, Anthony Rapp (Broadway’s RENT), Adam Jacobs (Broadway’s ALADDIN), and soap/serial veterans Robin Mattson (ALL MY CHILDREN) and Catherine Hickland (ONE LIFE TO LIVE). He graduated with a B.A. in theatre performance from West Texas A&M University in August of 2002, is certified in secondary Theatre Arts education by the Texas Education Agency, and has spent 12+ years as a secondary Theatre Arts Director at both the high school and junior high levels. Nathan is enthusiastic & eager to now be associated & affiliated with the One-Act Play contest as an Adjudicator and honored & humbled to reinforce the collaboration & creativity of the contest with our students & schools. 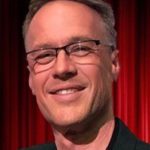 Mike Doggett has been a UIL one act play director for 24 years for both high school and middle school in variety of socioeconomic locations and school sizes (2A, 3A, 5A and 6A) and a contest manager for over decade. He is a former board member of TETA and the UIL Theatre Advisory Committee. He was a 2010 UIL Sponsor Excellence Award winner. He has led his students to the Texas UIL state OAP finals three times, garnering one recipient of the Samuel French Award. His degrees include a BFA in Theatre and Theatre Education from Texas State University, and an MA in Directing from Baylor University. Mike is a strong believer in UIL and TAPPS, without his experiences in high school with the UIL one act play contest he would have never discovered theatre in his small home town of Rogers Texas. Mike also understands the journey both directors and students go on in the production of a play and the priceless rewards gained through performance and the benefits that reached far beyond stage. 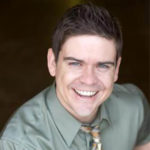 Mike Schraeder is the Conservatory Director and Acting Chair of KD Conservatory, College of Film and Dramatic Art and has been an instructor at KD Conservatory since 2004. He holds an M.F.A. in Acting from Wayne State University, a B.S. in Secondary Education from Baylor University, and is currently defending his dissertation for his Ph.D. in the Visual and Performing Arts from the University of Texas at Dallas. Mike has presented his research at several conferences throughout the country. In 2004 he co-founded the acclaimed Second Thought Theatre, serving as Co-Artistic Director, Public Relations Coordinator, and Advisory Board Member for the company’s first three years. Mike has performed in over seventy professional theatrical productions in venues across the country, including New York City, Detroit, Nashville, Atlanta, and Dallas. In addition to his work on the stage, he has made appearances on national television series including Friday Night Lights, Inspector Mom, and Guiding Light, along with award-winning independent films, and several national and regional commercials. Most recently, his play The Bookman was produced OFF OFF Broadway in New York City at the historic Under St. Marks Theatre. Additionally, he has taught Theatre and Film at The University of North Texas, Baylor University, and Tarrant College.