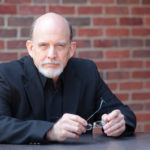 Dr. David Crawford has served as a critic judge at all levels for over 40 years. He holds a PhD from Texas Tech University in theatre with specialization in Directing, Acting and Playwriting. He completed his graduate work at Stephen F. Austin State University and undergraduate degrees at North Texas State University and Tyler Junior College. He is an award-winning playwright with New York Off-Broadway productions on his resume with publications through Player’s Press. He has won the TETA Educator of the Year, Watson Wise Chair for Teaching Excellence, Baker Excellence in Teaching Award and a Piper Nominee. 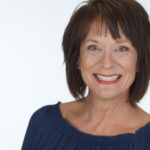 Suzanne Martin spent 28 wonderful years teaching theatre in high school and middle school. She retired in 2014 from Claudia Taylor Johnson H.S. where she served as Fine Arts Department Head. During her career, she taught in San Antonio, Plano, Waco-Midway, Duncanville and Ennis. Suzanne’s productions qualified for UIL OAP for State and Region competitions multiple times. She participated in the OAP process as a director, actor, contest manager and host. As an adjudicator, she is committed to responding honestly and providing helpful and uplifting feedback. Suzanne strongly believes in the power of theatre to inspire students. She holds a M.A. in Directing from Baylor University. 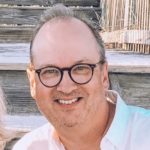 Dwayne Craig has been teaching and directing for over 20 plus years, and is currently serving as the theatre director at The Colony High School. While at The Colony, he and his students have been named the 2015 and 2017 State UIL One-Act Play Champions with THE LOST BOY and SECOND SAMUEL. In 2016, they were named the 1st Runner Up at the State UIL meet with THE HANDS OF ITS ENEMY. In 2017, Theatre at The Colony was named the top theatre school in 5A by UIL. Dwayne is looking forward to being inspired with a great day of theatre. 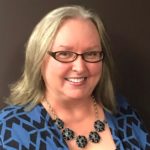 Dr. Carla Donaldson has had a passion and love for theatre since she was a small child producing, writing, and directing shows for her church. After graduating with a degree in theatre from Southwest Texas State (now Texas State), she taught for over 15 years at Gatesville High School, where she built a competitive theatre and speech program. She coached state champions in UIL prose and informative speaking. Her one-act play A Servant of Two Masters won runner up at the 2011 State UIL Contest, also winning both Best Actor and Samuel French awards. She currently works for Advanced Academics at Waco ISD.