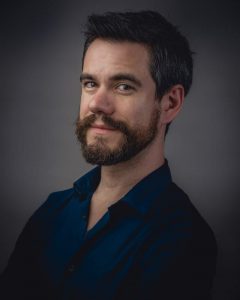 Micah is Director of Theatre at Kilgore College. He earned his Acting MFA with distinction from East 15 Acting School in London, where he completed a residency with Shakespeare’s Globe Theatre and became certified with the British Academy of Dramatic Combat. He is also certified with recommendations from the Society of American Fight Directors. He holds his double BA in Theatre and Art from Stephen F. Austin State University.

Micah has an all-level Theatre educator certificate and has coached students to the state level of UIL One Act Play and Pros & Poetry competitions. He has acted, directed and puppeteered professionally in commercial, audiobook, film, and stage productions in the United Kingdom, India and across the United States. He also appears onstage regularly with the Texas Shakespeare Festival. He is fully certified with the Texas Theatre Adjudicators’ Association.

Legacy Christian Academy – Frisco
“Look Me In the Eye”