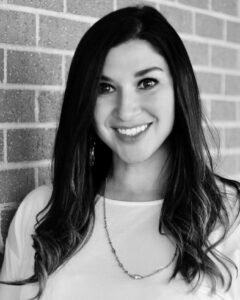 Mrs. Lyn Esquivel grew up in Kingsville, Texas, where she studied Theatre at Texas A&M University-Kingsville.  She received her BA majoring in Theatre Arts with a minor in Spanish. Mrs. Esquivel taught at Corpus Christi ISD for six years from 2008-2014, where she was awarded Teacher of the Year in 2012 and 2014.  She is currently at Tuloso-Midway, since 2014, and has taught at both the Middle School and High School levels.  She has had five State appearances at UIL One Act Play ( Caucasian Chalk Circle 2016,  Moon Over Buffalo-State Champion 2017,  Lend Me a Tenor 2nd Runner Up 2019, Over the River and Through the Woods-State Champion 2021, The Circus Animals’ Desertion 2nd Runner Up 2022) Lyn Esquivel also has coached five state champion events in Texas Forensics Association (Duet Acting-2020, Duo Interpretation-2020 & 2021, Humorous Interpretation-2021 & 2022), as well as a TFA Team State Championship in 2021. In addition to TFA, Lyn Esquivel has coached three Prose State Champions in UIL and numerous State finalists in both Prose and Poetry. She was also awarded the 2020 Texas Speech & Communication Association Educator of the Year. When she’s not in the theater or at a speech tournament, she is traveling to watch her daughters play softball and volleyball in numerous cities and states.