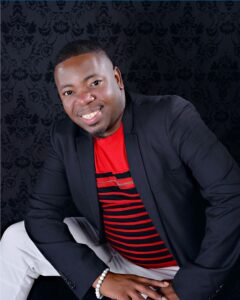 organ has worked with UIL for more than 27 years,hosting, contest managing,adjudicating and directing. Ezekiel graduated from the High School for Performing and Visual Arts in Houston and received his BA from Prairie View A&M University with an emphasis in acting and directing and a MA in Counseling and Education Leadership and a Master in Theatre from Texas A&M University- Commerce . He studied abroad at Williams University with The Williamstown Theatre Festival, (ACTF) Irene Ryan National Winner in 1997 performing and serving as assistant director at the Kennedy Center, worked as an apprentice in Acting and Directing. Understanding the importance of Educational Theatre, Ezekiel has position himself through education and experience to manifest his knowledge to all levels of the UIL contest. Ezekiel served as a Committee member on the Standards of Adjudication and Judging Practice Committee and currently a Board of Director for TTAO. He is the Artistic Director and Founder of UTAKE 1 Productions. He is an Acting coach in and out of the state of Texas. He has worked with/coached actors such as Billy Dee Williams, Darius McCreary, Tachina Arnold, and Tyler Perry just to name a few. Ezekiel taught High School for eight years advancing to all levels including state. He is currently an Adjunct Professor of Theatre at Blinn College . He has directed, conducted workshops and adjudicated plays in and out of state for junior high, High Schools and College/University festivals on all levels. Mr. Morgan’s Motto is Taking Talents to the next level of Perfection.

Jack Cody has been involved in UIL activities for 50 years with state awards in theatre, speech and current events, and he directed UIL high school one-act contest plays for 43 years. For the last 14 years he was an adjunct instructor at North Central Texas College/Graham and in 2015 was awarded the Adjunct Faculty Member of the Year for the five NCTC campuses. He retired from Graham ISD after 40 years as an English, speech, and theatre teacher where he also sponsored Cody’s Kids, a summer theatre camp for students. He currently works as a theatre consultant, conducting OAP workshops and clinics. He was named the 2000 Texas Teacher of the Year by the Texas Education Agency and represented Texas in the National State Teacher of the Year program. Also in 2000, he was recognized with a UIL Sponsor Excellence Award. Mr. Cody has inspired generations of students who are working in theatre, teaching theatre, or participating as active supporters of theatre arts in their communities. 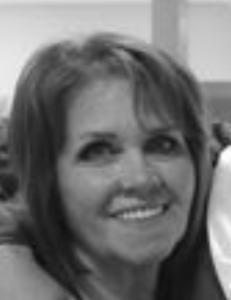 Sandra Mullenax  studied theatre at Sam Houston State University. Sandra has been involved in educational theatre for over 30 years. She has directed on the elementary, junior high, and high school level. After she retired in 2005, she began directing on the community theatre stage. Currently she continues her connection to theatre not only through directing, but also as a stage manager, an artistic director, and an adjudicator. As a one act play director she advanced to the stage level on three occasions and as a prose and poetry coach she had numerous state champions. According to Sandra, the most fulfilling aspect of being an adjudicator is seeing directors enable students, though the process of acting, become more prepared for real live situations.