Jim Mammarella retired five years ago after 42 wonderful years as an educator, most of them as a full professor at San Antonio College. He was recently awarded the title of Professor Emeritus. This is Jim’s 39th year as an adjudicator for One Act Plays. He has been asked to be the state judge for UIL 13 times and will be a judge for the 6A UIL state contest this spring. Jim had also been a judge for TAPPS and has been honored to judge the state contest three times. Jim has been honored by TxETA as educator of the year, was a past Chair of the Texas Adjudicator’s Association, was awarded the Founder’s Award for TJCTA and has an extensive record as a director and actor in San Antonio including over 20 Alamo Theatre Arts Globe Awards,and received the highest award for his body of work over the years. Next to his family his passion in life is for theatre education. He strongly supports the one act play contest organization and will continue to judge in a very kind and compassionate manner to all students and directors. Over the years he has seen first-hand participation in one act plays and theatre change the lives for many students. He strives to learn and reinvent himself and will continue to judge as long as he is relevant. 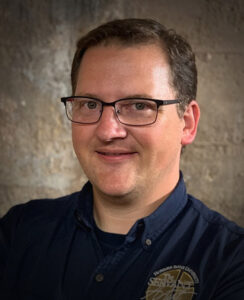 Dr. Nicholas Ewen, originally from Greybull, Wyoming, first came to Howard Payne University in the fall of 1998 as a freshman. Majoring in Theatre with a minor in Christian studies, he was a member of three student organizations: Sigma Delta Kappa, Kappa Kappa Psi, and Alpha Psi Omega. After graduating from HPU in 2002, Nicholas went on to earn a Master of Arts degree from the University of Texas Pan-American and a doctorate in Fine Arts/Theatre from Texas Tech University. Dr. Ewen began teaching, designing, and directing plays at HPU in the fall of 2007, and has been the Chair of the Department of Theatre since 2019. Dr. Ewen teaches all aspects of Theatre Arts including acting, directing, design, history, and playwriting. Also, Dr. Ewen has written and presented many plays, articles, and workshops; not only here in Texas, but all over the world. He has also served as a UIL One-Act Play Adjudicator since 2006. Dr. Ewen is very actively involved in local arts events at the Brownwood Lyric Theatre as an actor, writer, designer, and director. Currently, he is the chair of the Brownwood Arts Council and he is also serving as the minister of music at May First Baptist Church. Nicholas is married to Clarrissa Rene Ewen and together they have three children; Bethanie, Christopher, and Emma. 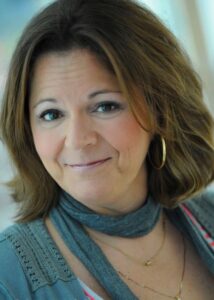 Alison Frost currently serves as Chair of the Department of Theatre and Dance at Texas A&M University—Corpus Christi.  She’s directed over 200 plays and musicals at the professional, collegiate, and high school level–including 4 one-acts that competed at the UIL State 5A Division.  She holds  an MFA in Directing from Florida State University, an M.Ed from Sam Houston State University and a BFA in Directing/Design from Baylor University.  She was also certified in the inaugural Contemporary Theatre program at the Royal Academy of Dramatic Art in London.  In 2016, she was awarded Outstanding University Educator from the Texas Educational Theatre Association.